A CHRISTMAS CAROL at McCarter Theatre

PRINCETON, NJ — McCarter Theatre Center proudlyannounces the return of the beloved holiday tradition, A Christmas Carol by Charles Dickens.  Returning to the McCarter stage for the first time since 2019, the spectacular classic production is adapted and directed by Lauren Keating. Performances at the Matthews Theatre begin December 7th running through December 24th.   Tickets are on sale now, visit mccarter.orgfor tickets and information.

This annual holiday tradition invites the audience to follow Ebenezer Scrooge – played for the first time at McCarter by a female actor (Dee Pelletier, playing the role of Scrooge as a male character) – on a magical journey through Christmas past, present and future ushering us into the spirit of the season with all the joy, wonder and generosity Scrooge discovers.

“We can’t wait to welcome all of you back to this magical holiday journey once again, and we are thrilled to welcome Lauren Keating!” says Sarah Rasmussen, Artistic Director.  “Growing up, A Christmas Carol at McCarter was Lauren’s family tradition, so having her join us as a director and adaptor for this beautiful production feels meant to be. The care and love that Lauren has put into reflecting the rich diversity of our communities and engaging audiences in an imaginative experience is really inspiring. We are thrilled to have her return home to direct this spectacular classic.”  She adds, “Lauren eloquently talks about Scrooge as being one of the great roles in the theatrical canon – that the emotional journey of Scrooge is epic!  In the grand tradition of a great role simply being played by a great actor, we are thrilled to both honor the traditional character of Scrooge – with the same costumes and the ‘grouchy to gratitude’ journey — while also opening the role to the talents of an amazing female actor, Dee Pelletier.”

LAUREN KEATING (adaptor/director) is honored to make her McCarter debut with A Christmas Carol. Keating is an adaptor/director of new and classic theatrical work, narrative film, and site-specific events. She made her off-Broadway debut to New York Times acclaim with Josh Koenigsberg’s Al’s Business Cards. Regional credits include Emily Mann’s adaption of Antigone (Cleveland Play House), a record-breaking production of A Christmas Carol (Guthrie Theater), The Art of Gaman (City Center) and Small Mouth Sounds (Jungle Theater). Adaptations include Wedekind’s LULU, Ionesco’s Rhinoceros, Shakespeare’s Comedy of Errors and Hamlet, and Chekhov’s Uncle Vanya. She has developed work with writers such as Sarah Burgess, Dipika Guha, Michael Mitnick and Lauren Yee with the Public Theater, Ars Nova, Berkeley Rep, Dixon Place, and the Playwrights Center, among others. She is a Time Warner Foundation Fellow, a TCG Leadership University Fellow, a Drama League Fellow, and a Lincoln Center Theater Directors Lab member. She is proud member of the Alliance of Women Directors and an NYU/Tisch alum. Her film credits include Power Out (short) and The Feminist Cooking Show (web series). She resides in Central Jersey with her wife and daughter. www.Lauren-Keating.com

Donate to continue our journalistic work
We need your cooperation to continue reporting on what is happening in the Hispanic community.

Your help is important to continue this work. 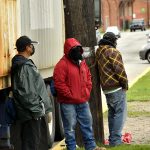 Why invest in Hispanic Media?